More of my pets in Spirit. So many now, even though I feel them, sometimes see them. Remembering the way they were is mixed with pain and gratitude. Going forward I can only say a few words on each one.

I got him when he was about 1 yr old. White Shepherd/Husky Mix. Headstrong puppy, super, special dog!

Pictured here one year before he passed away. So strong, intelligent and loving. Always will be missed and in my heart! 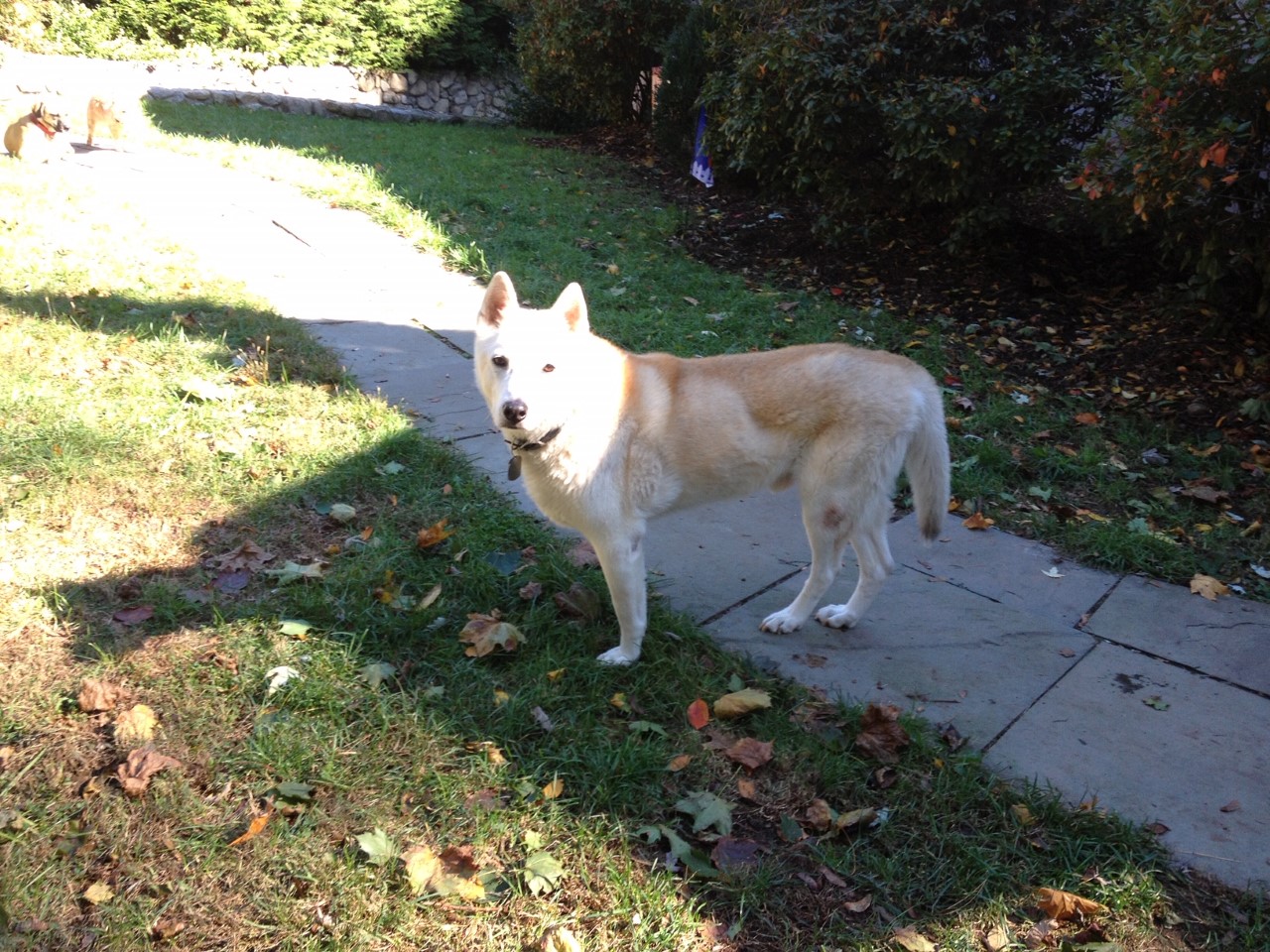 Last dog left at Rome, GA shelter Christmas Eve. I had to get him out. Rescued brought to Connecticut was with me several months. And then, I found the best home ever for him. He would still stay with me when they traveled. Like my Dutch (pancreas) he had a tumor on his liver that burst. When his owner called me I knew immediately why he was calling and what it was. He had just stayed with me a couple of weeks before and I knew it was the last time I would see him. He was fine, eating, playing, on that day. Went home, was fine then one day literally down. They had a vet come to house the following day to euthanize him.

The best, sweetest dog, despite his looks. Was great with small dogs, cats, kids, big dogs! He will be with me always.

Pictured here when I first rescued him! 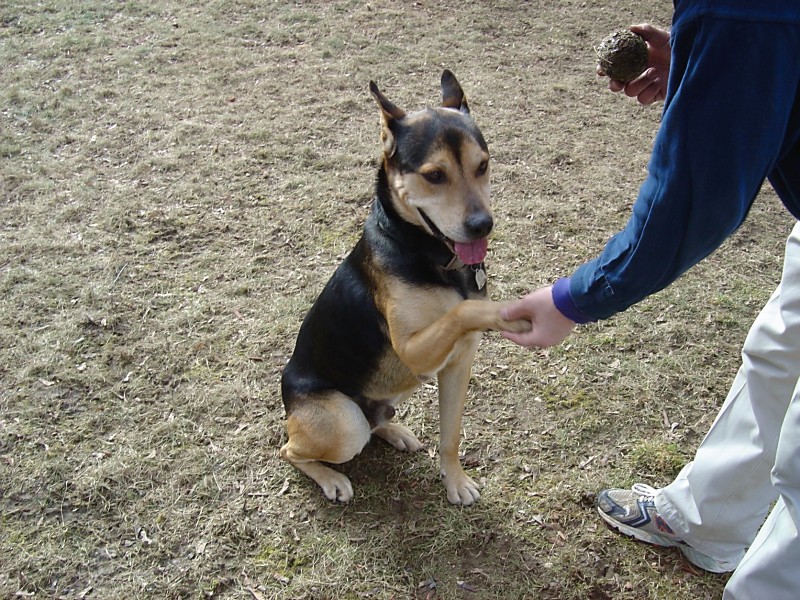 I took him when a client of mine would travel so much that she would just leave him in her office for weeks alone. She would bring her dog to stay with me always. One time she brought Bruno and I asked her to let him stay with me permanently. She got him 2 yrs before from people in Brooklyn, NY. He was healthy but they were going to put him down because they lived in an apartment. She was a dog person but felt that was so wrong. So took him home.

He was meant for me. This I know. Immediately I felt the connect, he was awesome. The most affectionate cat I have ever know. Nose to nose hard kisses, cheek rubs. Right up til one week before he passed away.

After one biopsy (negative), I then told them to take tumor out completely. They found High Grade Cell Nasal Lymphoma, very aggressive. I was force feeding him for weeks. I thought he would not make it. I took him into Oncology center, one radiation treatment he was eating on his own. He had radiation and chemo over several months. Plus took Prednisolone daily. He did great! The new vet there said he was getting a gallop could hear on his heart, to take him off Prednislone. I did. He went in for checkup no gallup, but slowly his symptoms returned. 1 month later he had lost an entire pound and just suddenly stopped eating. He was resting with his head hanging down as if to try to breath better. I started the Prednisolone again and he was not making snoring sounds all day. Then appetite stimulant. Nothing helped. I saw and felt death coming. His balance had slowly been going off for a couple of weeks. I brought him to Oncology vet she found nothing alarming, thought it was a nasal infection (common in this type of illness). She said one kidney was not functioning fully and something about his liver. But while could be Lymphoma she felt most likely not. She gave him fluids and a shot of Convenia. With the Caronavirus quarantine I thought, "What about the weekend?".

He died around 3 am on his bed on Good Friday. Oh, it hurts so much. I adored him and he knew this. Now he is in heaven but will always be with me. I always told him that he was mine and meant to be with me. That is why his journey had to be extended. He was with me nearly 6 yrs, happy and strong through most of it. Until the last few weeks. He was a strong survivor, and was with me 2.5 yrs more with treatment. He never complained!

He helped through me through an awful, nasty divorce. And was there during the abuse I endured for years.

As they say,"One man's junk is another man's treasure."   He was/is my treasure! My Baby Boy Bruno! 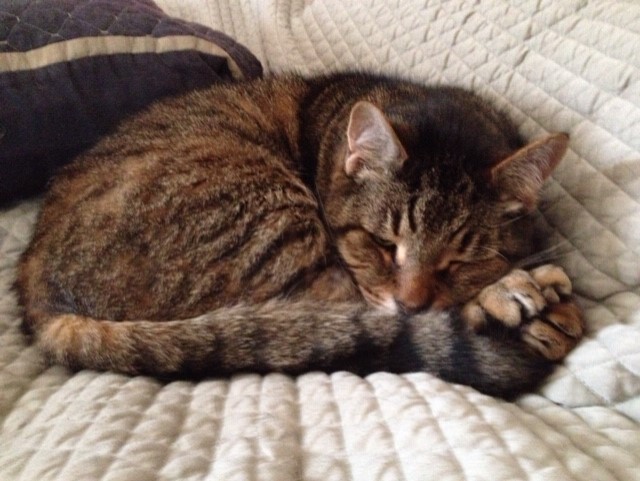